As we all know, the world wide outbreak of Covid-19 and its variants have put almost every kind of activity into mothballs for all of 2021 until June, and much of 2020 too. So how did the South Staffs Club cope? Well luckily, when we allowed to, small home meetings allowed us to trickle along, and with our clubroom being just in Staffordshire, up to 6 players were able to play some league and cup matches in October and November 2020. We have a green light to return to Brownhills Community Centre on Sunday 19th June, when we have booked the main hall, will put out 4 tables, and have invited all 12 league players to attend. We hope to play at least 30 matches on the day, and recover our 2020-21 season. At the suspension last December, most players had played between 4-8 league games, and if we switch our season from a traditional football one (Aug-May) to an annual one (Jan to Dec) then we should fulfill all our league, cup and county championship matches. We were hoping to host a tournement in the summer, and this may still be possible in the autumn. Meanwhile, league secretary Simon Davies and club president Mike Bradbury have been busy keeping the equipment in good repair, and looking at fundraising to update at least one of the boards. Getting a 5 feet x 3 feet board to the club is still a problem! Grave news hit the club hard last Christmas when founder and president Guy Smith (the famous horror author) passed away from Covid. The reverberarions around both the pulp fiction and subbuteo worlds are still ringing at such sad news, and Mike Bradbury especially, who had known him since they met in 1970 to form the Staffordshire Subbuteo Association, was devastated. Despite living on the Salop-Wales border, Guy used to make monthly 100 mile round trips to the club when we were at Walsall Wood to play his matches, and in recent years, had a Subbuteo day once a year when six league players went to Clun and played as many of his league matches as he could manage at the age of 80. A cheery thing happened today when Mike Bradbury's new pitch arrived from Gary Downs in South Africa. Specially made to Mike's design of a blue pitch (club colours) with a green border and the club name and new badge (designed by Simon) around the edges, it was not cheap, but certainly is eye catching, and if everyone likes playing on it (it plays like the Champions League cloth) then we will order two or three more when funds permit. On Sunday 19th June, anyone interested in just coming along to see how we play our matches or even join the join the club is welcome to come along to Browwnhills Community Centre. With the famous "Tin Man" metal statute across the road, and the famous Chasewater park nearby, its easy to find and theres a large car park at the rear and Brownhills station across the road. Below-  a mini meeting at Mike Murphy's in Brownhills, where the Cannock Chase team met Wolves in the 2019 team final and below that the bespoke Gary Downs pitch (not fixed down yet). 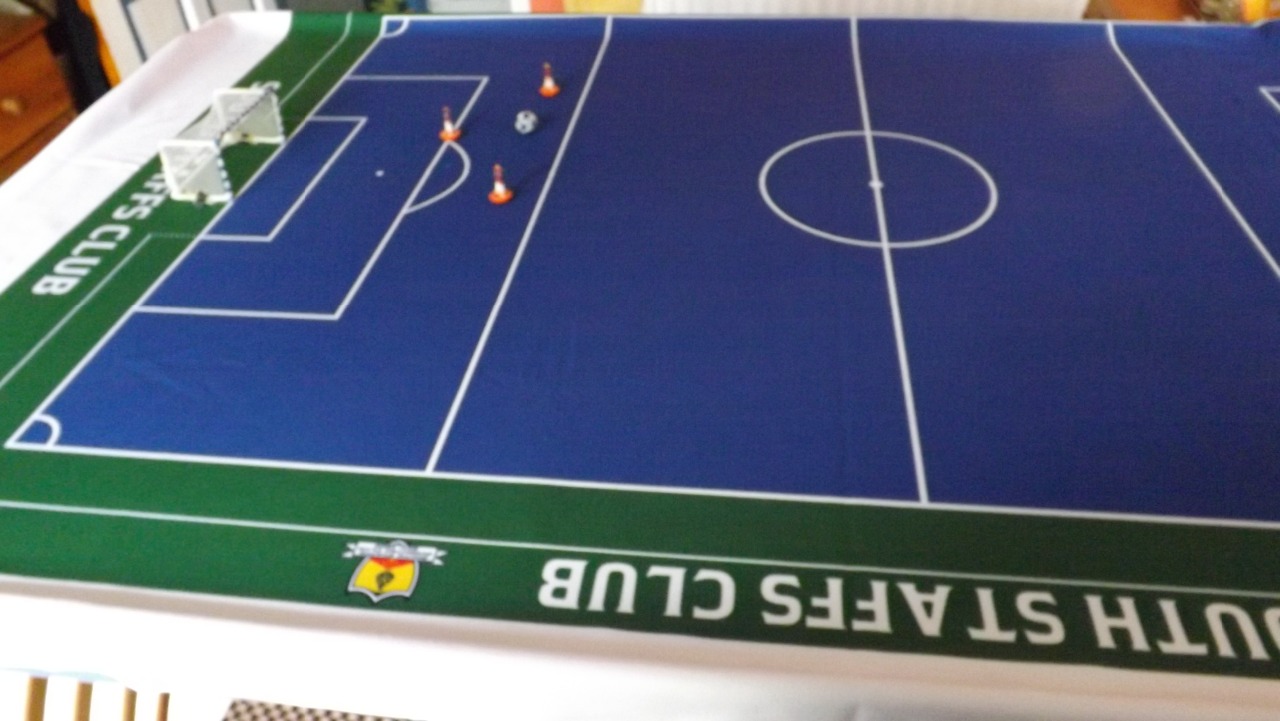 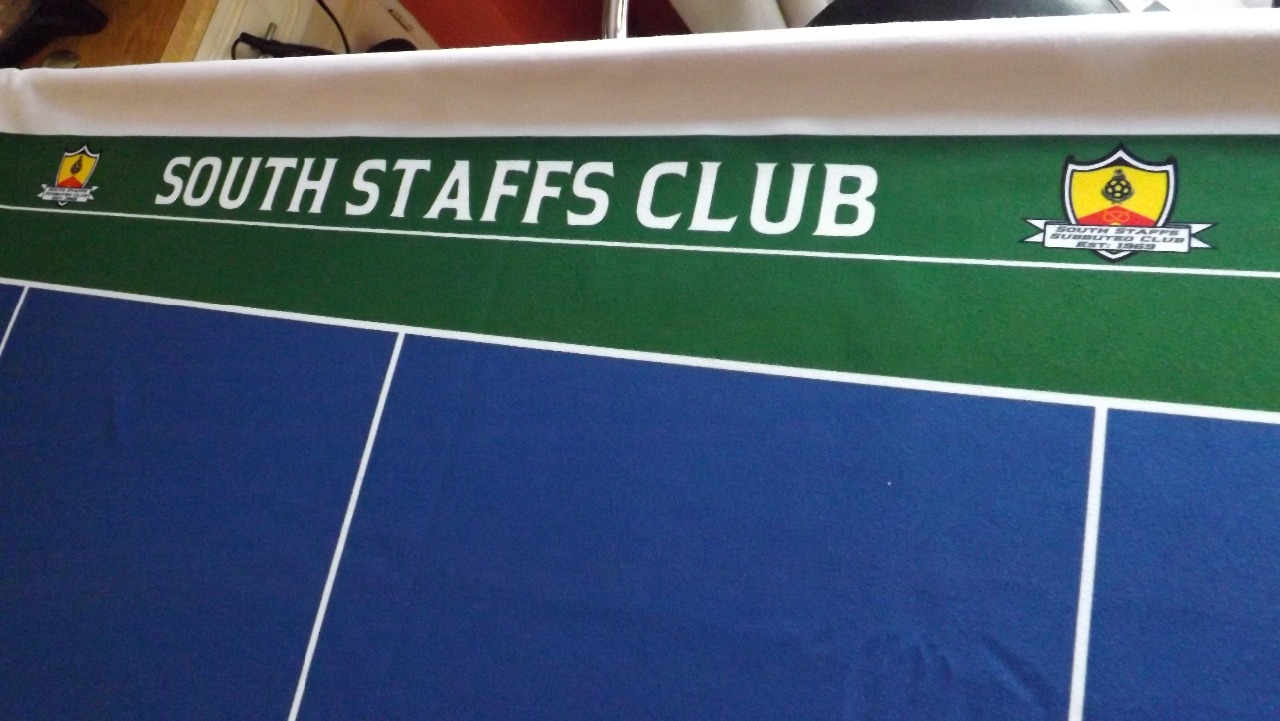 Back
Webnode, an innovative sitebuilder
Have a captivating website for free!
Get started